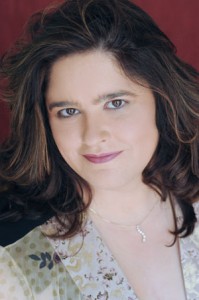 Award-winning author Robin Perini’s love of heart-stopping suspense and poignant romance, coupled with her adoration of high tech weaponry and covert ops, encouraged her secret inner commando to take on the challenge of writing romantic suspense novels.  Her mission’s motto: “when danger and romance collide, no heart is safe.”

As a writer, Robin is devoted to giving her readers fast-paced, high stakes adventures with a love story sure to melt their hearts. Robin’s strong characters and tightly woven plots garnered her seven prestigious Romance Writers of America Golden Heart® finals. She won the Golden Heart® in 2011, and that title became her first Harlequin Intrigue, Finding Her Son (March 2012). Her other 2011 Golden Heart® Finalist, In Her Sights, was published by Amazon’s Montlake Romance November 29, 2011. Robin went on to sell seven novels within one year.

She is the author of In Her Sights (Montlake 2011), Finding Her Son, Cowboy in the Crossfire and Christmas Conspiracy (Harlequin Intrigue 2012) as well as the upcoming Montgomery Justice Series from Montlake Romance.

Residing in the southwestern United States, by day, she works for an advanced technology corporation, and in her spare time, you might find her giving one of her many nationally acclaimed writing workshops or training in competitive small-bore rifle silhouette shooting. She’s a voracious reader and a die-hard fan of the T.V. series, BONES.

Robin loves to interact with readers.  You can catch her by sending an email on this website, writing her at P.O. Box 50472, Albuquerque, NM 87181-0472, or interacting with her via Amazon, Facebook, Goodreads, Google+ or Twitter.

“I walk to the beat of a different drummer,” says Robin Perini, as she gazes from her backyard up to the sprinkling rays of dawn filtering over the tops of the rugged southwestern peaks. “I always have.” She calls the Southwest home, and loves the rugged spirit of the land, strewn with spirituality, history and culture. There are few rolling hills, but she wouldn’t trade the drama of the landscape and the intense colors of of the sky.

“I’ve always read,” she adds with a smile. “I love language and words, but more than that,I love heroic stories of people rising to the challenge—to do what I hope I would do given the same situation. My stories, I hope, convey an optimistic view of the world’s potential. Because, while I recognize there is evil in the hearts of some, I also believe that most of us, at our core, have the soul of a hero that is only untapped.”

Her other passion, she says, is learning. And looking at her list of speaking credits, she’s obviously taken learning the craft of writing seriously. She has imparted her writing knowledge to audiences all over the United States, on her own, and also teaming with award-winning author Laura Baker in the fabulous and powerful workshop, Discovering Story Magic.

“I never stop learning something new or trying to see the world in a new way. I’m still that way. Robin completed her MBA in Management of Technology in May, 2008.  Even while spending four years in night classes, she found time to tell those stories she loves so much.

“Writing is infectious, as is telling stories,” Robin continues. She states she probably lost her heart to storytelling when she was a child. “My great aunt would tell the most amazing stories to me when I was about eight or nine. I couldn’t wait to go over to her house, have tacos for dinner and listen to the tale of ‘The Little Match Girl’ or learn ‘How the Tiger Got its Tail’ Then,” she continues, “at about thirteen, I began to babysit. To put the kids to bed I would make up stories starring the child. He or she would battle the dragon or become the princess who saved prince charming.”

So, what kind of stories does Robin write?

“They are stories of suspense and peril. Of family relationships and poignant emotions.

Her literary agent is Jill Marsal, of the Marsal Lyon Literary Agency

Robin Perini is a sought-after speaker on writing topics and time management. Her conference and workshop experience is vast and includes conducting a weekend retreat for the Rocky Mountain Fiction Writers, as well as appearances at the Rocky Mountain Fiction Writers Colorado Gold Conference, the Pikes Peak Writers Conference, the Tony Hillerman Mystery Writers Conference, Southwest Writers Workshop Conference, numerous Romance Writer of America® (RWA) Chapter events and the 1999, 2002, 2003, 2004, 2005, 2006, 2007, 2009 and 2010 RWA National Conferences. Her 2003, 2004, 2005, 2006 and 2007 workshops were on the 24 Most Popular Workshop CD offered by Bill Stephen’s Productions. She was touted in the 2005 RWA conference program as a ‘perennial favorite’.

She is a founding member of the Land of Enchantment Romance Authors (LERA) and was on the committee that wrote, edited, designed and produced the LERA Writer’s Guide, an instructional book for writers, which was the only self-published book, named as a resource in Writer’s Digest’s Romance Writers Sourcebook. Robin is a member of several RWA Chapters, including Kiss of Death, Oklahoma RWA, The Golden Network, and LERA as well as Southwest Writers Workshop (SWW) and the Rocky Mountain Fiction Writers (RMFW).

Robin received the 1995 RWA Region V Service Award, was Assistant Workshop Chairperson for the 1996 RWA National Conference in Dallas and is a frequent judge for chapter contests, including the Golden Heart.

If you are interested in more about Robins’ workshops, visit her workshop page in the ‘For Writers’ menu.