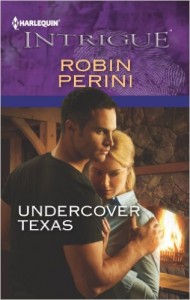 “Yeah, Jimmy, we do, except we need two bodies for this job.” From the passenger seat of their van, Terence Mahew scanned the suburban development they’d staked out. A lick of sweat trickled down his forehead. Blasted Florida heat. The van was hotter than some of the hellholes he’d visited courtesy of the U.S. military before he’d been drummed out.

Terence swiped his brow with a bandanna, tied the rag around his shaved head and looked over at his eager-eyed cohort. “You wanna pick the vics this time? We need a woman and a kid.”

Yeah, Jimmy was psycho. Just the way Terence liked his accomplices. Ready for anything. No conscience in sight.

Terence propped his combat boot on the dash, slid his favorite Bowie from the leather sheath on his thigh and tested the blade. The sharp steel nicked his index finger, and a drop of blood pooled on the pad. Bored with waiting, he considered the crimson bead for a few seconds, then smeared it across his skin. Interesting how the cut oozed and then stopped so quickly. He inhaled deep and sucked the salty fluid. Sick, he knew, but he loved that coppery tang.

Since being booted out of Special Ops, Terence had missed the kill. He’d put the word out to the right people, and he’d landed a sweet gig this time. A woman and a baby. Easy pickings.

The way he looked at it, he’d been lucky. Paid to kill since he turned eighteen. Of course, now the highest bidder wrote the checks instead of the government. His next paycheck had enough zeros to take care of his mama for quite a while.

Terence flicked his thumb against the blade, drawing another dollop of blood. He’d regretted the fear in his mama’s eyes when he’d given her the new car his last visit. She never asked him a question or said a word. Just gave him that look, that same skittish, knowing look as when he was a kid telling her he planned to hone his “hunting” skills in the woods near home. Well, he was all grown up and still hunting. He expected she knew it. At least his prey was a lot more fun now.

Speaking of prey, Terence had a kidnapping to plan. He scanned the upscale neighborhood’s surroundings beneath a hooded gaze. His nephew might be raring to go, but too much enthusiasm made a man stupid. Jimmy boy didn’t need any help in that department.

His nephew needed to be cold and calculating, no emotions. That’s what made Terence the best.

“Okay, Jimmy, tell me what you see. Anything useful?”

“There are some nice houses,” Jimmy ventured nervously. “Lots of trees. Grass.”

“Are you trying to piss me off?” Even with the air conditioner blowing full force in his face, perspiration soaked the back of Terence’s T-shirt. Ninety percent humidity and ninety degrees pretty much sucked as much as the kid’s powers of observation.

“Listen up, you idiot. We’ve been following Dr. Jamison around for the past few days. Each afternoon we’ve been planted right in this spot, watching her. What does she do?”

“Uh…snags her kid from the car seat and cuddles him?”

“That’s the hearts and roses version. We’re kidnapping her. You need to identify what she does that will let us grab her and the baby. She pulls her car in right beside those great big bushes, takes the kid out and puts him on her hip, Jimmy. That means she balances all her other crap on the other arm so she has no way to defend herself.”

“No.” Terence had wanted to eliminate the baby, too. Easier to set up the disappearance that way. “The guy who hired us almost blew an artery when I suggested it. Apparently, his group needs Dr. Jamison alive and unhurt. They want her baby for leverage.”

“Yeah.” Truth was, as long as the check cleared, Terence didn’t care what they’d planned for the doctor or her kid. None of his business. But he’d bet she wouldn’t be living in a small, peaceful suburban neighborhood with tidy green lawns anymore. From the rumors he’d heard about this terrorist group, she’d likely be held in one of the piss-poor desert countries he’d spent the past fifteen years crawling all over. The only way her kid would stay alive was if she did exactly as she was told. Terence could almost pity her, except he was too busy counting those tantalizing zeros.

He leaned his head on the seat rest and closed his eyes, envisioning the approach route to grab his quarry. Inside the house or out? Dusk? Full dark? What would be the best escape path? He wished he didn’t feel like he’d missed something important.

He looked over at Jimmy. “You’re sure she lives alone? No lover who’s out of town or on a military assignment? She’s got a kid out of wedlock, so she’s no saint.”

“I’ll check again.” Jimmy tapped his smartphone and chomped his gum, his fingers flying over the keys.

The kid’s computer hacking skills were useful. Only part of his brain that worked right, but he could find out anything about anyone.

“No husband. No lover. No baby daddy coming round. No siblings. No parents. No one will care when she disappears…except maybe the geeks at the university where she works.”

“She got a gas line going into the house?”

He flipped through a couple of screens. “Yep. Stove. Perfect setup.”

“If the fire is hot enough, it ought to destroy the DNA.”

Jimmy drummed his fingers on the steering wheel. “Can I pick the people we’re gonna kill now? Please.”

“Okay. I guess you’ve earned it.” Terence scratched his chest. “Remember, we need a woman and a child.” He turned his head and met Jimmy’s glassy-eyed gaze. His nephew was already imagining the kill in his mind, just as Terence used to. “So, where do we hunt?”

“Urnrnm…the mall?” His nephew bit his lip and sent Terence a cautious glance.

“The mall.” What an idiot. “Why don’t you pick the damn police station? The mall means video cameras, and the victim will likely be someone with money and ties to the community. That’ll trigger a missing person’s investigation. Television, newspapers.” Terence glared, gripping his Bowie knife tighter. “I’m not gonna get caught ’cause you’re stupid.”

Jimmy swallowed so loud the gulp echoed through the van.

Yeah, the kid should be scared. The moment he screwed up, he’d disappear. Nephew or not. “Try again. This time use your brain.”

Jimmy bit his lip, his brow furrowing in concentration. “A homeless shelter?”

“Not bad.” Terence nodded at his nephew’s hopeful expression, then slipped the knife back into its sheath. “I like it. Take us to the next county. I know just the place.” He’d stayed there when he’d first been discharged. No one wanted to hire a vet with his record. He’d been at rock bottom then.

He leaned back in the van seat, satisfied how things had worked out. The ones who had looked down on him were all six feet under now. He’d made sure of that.

Just like he’d make sure that Dr. Erin Jamison and her son would disappear tonight. The whole world would believe they were dead.

Terence laughed. Before those bastards were through with her, she’d probably wish she was.

Hunter Graham paced his living room, cursing the sweltering New Orleans summers that made him feel so trapped. He’d been edgy all day, with nothing to account for it. Except maybe thinking about a trip he wanted to take, but couldn’t.

He stared out the huge glass front windows. Heat rose in shimmering waves from the sidewalk and the early afternoon sun flooded his living room with glaring light and oppressive heat. What idiot came up with the brilliant notion of lining three-quarters of the room with huge panes of glass in a state frequented by severe wind gusts, killer storms and hurricanes?

Deserts, horses and horned toads sounded better and better every stifling day he spent here. He’d have been long gone back to Texas if not for Erin Jamison and the baby.

Was she the source of his edginess?

He continued pacing like a caged animal. Erin was his weakness. He had no friends outside the company. No family. No social life. He hadn’t allowed himself a bit of softness since he’d screwed up and let Erin into his heart that week. What a stupid mistake seducing her had been. She and the baby could pay for that with their lives if his enemies found out.

Cursing one last time, he walked back to the state-of-the-art gym he’d set up in his living room.

Hunter centered himself on the vinyl seat of the weight bench, shoved the barbell straight up and locked his elbows. He focused on the weight, the tension in his arms, and pushed his feet into the floor, his entire body straining. Sweat pooled on his forehead.

Slowly, he lowered the two-hundred-fifty-pound bar to his chest. Aware of each muscle, he inhaled, then pressed up with a loud exhale. His arms trembled as he slowly lowered the bar back onto its stand.

He wanted Erin…and his son.

Hunter’s teeth ground together and he shoved the bar up again. He had to quit wishing for things he couldn’t have. It was Logan Carmichael’s fault. Six months ago, Hunter had spent his so-called vacation helping the ex-CIA agent stop a royal coup and some vicious terrorists who were trying to kill Logan and his newfound family. Carmichael was now the prince—and de facto security head—of the tiny European country of Bellevaux, ruling beside his wife, an ex-Texas cowgirl turned queen.

Seeing Logan so happy with his wife, son and daughter made unfamiliar envy rip through Hunter’s gut. He’d given up his right to a family when he joined General Miller’s clandestine group.

A loud tone buzzed on the wall screen. Someone at the company making contact. Hunter let…