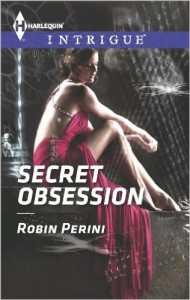 “Linguist Lyssa Cafferty doesn’t know why a serial killer wants her dead, but since her fiancé was murdered trying to protect her, she heads into the witness protection program. Lyssa turns to former Marine Noah Bradford to keep her safe. But can she trust someone else to keep her alive, especially when she’s keeping a monumental secret? Noah has loved Lyssa from afar for years, but she was engaged to his best friend. With Jack dead, though, he’ll move heaven and earth to keep her safe and take down a madman. A stalker, unrequited love, fire, explosions, terror and a psychopath—Perini pulls out all the stops for this one, and readers won’t want the tale to end.”