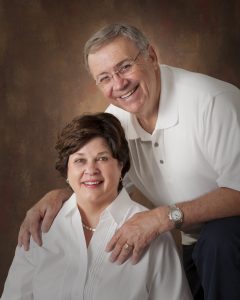 My wife, Karen, of 58 years is 75 years old and started showing signs of mild cognitive impairment in her early 60s. One of the first things I noticed, as a Junior High Home Economics Teacher, that she was always the last person to leave school. Sometimes I would drive by after dark and her car was still in the parking lot. Even the Principals were gone! Since she taught cooking and sewing in those days, I just assumed she was getting her kitchen ready for the next day or correcting sewing mistakes. Or was she doing things more than once, forgetting she had already done them?

One evening, playing Trivial Pursuit with a good friend and his wife, Karen kept asking about their new grandsons. She would ask the same question, occasionally. My friend, a Doctor, called me the next day and asked me if I noticed anything unusual about Karen. He was concerned about her inability to keep the information straight about their grandsons. Anyway, he suggested I take her to a Neurologist for evaluation which I did. The Neurologist told us she was fine, just not concentrating as was the case of many more experienced teachers since they had to quickly change their focus from student to student.

On another occasion about this time, we were in a large mall and always made arrangements to meet a certain place at a certain time. At the designated time, Karen wasn’t there. After several minutes I went looking for her and found her walking around, looking for me. She was a little perturbed that she couldn’t find me. She had even been out to the car (she still had her own set of keys) and waited for me. I thought perhaps I had better listen better!!

As all of our life was perfectly normal at that time, I just dismissed these situations as nothing unusual. In retrospect, I think Alzheimer’s Disease was well underway destroying cells. According Untangling Alzheimer’s: The Guide for Families and Professionals (Untangling Dementia – A Conversation in Caregiving Book 1) a normal adult brain weighs approximately three pounds and has 100 billion cells. the brain then shrinks to one pound during the full course of dementia. In the beginning of course, a few million cells here and there aren’t noticed. Unfortunately, it’s only the beginning.