Night of the Jaguar 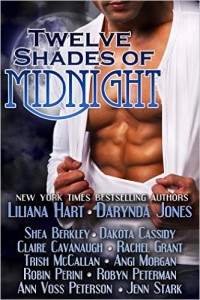 Night made for good hunting. Whether you were the hunter or the prey.

At least that’s what Cade Pierson tried to convince himself.

Storm clouds had moved in and blocked the moon above the Belize jungle. He couldn’t see his own shadow, much less the trail.

With a curse, Cade stopped. His boots sank amid the twining vines. This was crazy. He should’ve stopped at sunset and made camp. Daylight gave him the advantage, but this particular monster had outwitted scores of hunters over the decades. Cade wasn’t about to let him escape. If he had to track at night, so be it. He’d take the risk.

For the past two years more than one member of the Order of the Jaguar had called him crazy. A few were convinced he had a death wish. They might be right. Hell, ever since his brother Jace’s murder, Cade fought to take any mission that came the Order’s way. Didn’t matter when or where. Didn’t matter the odds.

The tougher the kill the better Cade liked it. But until the last vampire took his last breath and the need for the Order disappeared, Cade wouldn’t be satisfied.

He squinted into the inky night. A step in any direction could take him off a cliff or straight into a jaguar’s lair. Or into his enemy’s trap.
Cade swiped the sweat from his forehead. Where are you? He crouched in the underbrush, listening. Damn, it was quiet. Too quiet. Just then, the moon escaped from behind the clouds. A sliver of light pierced through the canopy of cohune palms, hitting the ground in front of him.

There. A slight indentation in the ground cover.

He ran his fingers over the anomaly. Gotcha!

The full moon escaped its prison, glowing in the night’s sky. He rose. A white orchid caught his gaze. Not the orchid exactly, but its torn vine. He shifted direction. The plant spotlighted the trail. Evil might be strong and fast, but it wasn’t perfect.

The guy couldn’t be more than a half hour ahead of Cade, if that. Cade would have him. Soon. The heat, the humidity, the miles of tracking, the days without sleep, none of it mattered. He was so close to the kill he could feel it.