Our family knew something was not quite right with Karen and at the advise of one of my closest friends who was a Doctor, she was seen by a Neurologist in the largest city near us. The Neurologist told us Karen definitely DID NOT have Alzheimer’s. His diagnosis was that Karen just lacked concentration and needed to focus more, a common problem among long term classroom teachers who had to divert their attention from student to student on a daily basis. This was in 2004.

Around that time we told her General Practitioner about Karen’s memory problems. He told me in confidence that she could be in a nursing home in a year. Shortly after that we moved to another city to be near our daughter (right across the street actually, which ended up being a blessing). After a couple of years with a new General Practitioner and a steady decline, one visit her GP asked her, “Well, Karen, how’s your memory!!” I knew right then she was in the wrong place! At that time she didn’t even know what he was talking about! 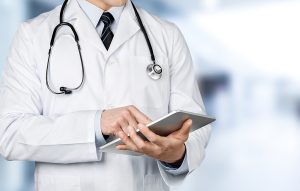 She was not even diagnosed with Alzheimer’s on her first visit to Mayo Clinic, but “Mild Cognitive Impairment.” And you should all know, not all doctors know anything about dementia. Her Dermatologist once asked me how she was doing. I told him she was very easy to care for and not aggressive at all. His comment was that nice people become nicer and mean people get more aggressive. I knew that WAS NOT TRUE. The point is get your loved one to a Doctor who specializes in or is aware of the problems of dementia.

We were fortunate enough to get Karen in a study of new drugs for Alzheimer’s. She was given verbal tests, spinal taps and brain scans. We don’t know if she got the real drug or just a placebo, but after a couple of years the drug was proving to be somewhat effective and they put her on the “real deal”. She was in that study for five years until she got so bad she couldn’t communicate.

Get your loved one to a Doctor who specializes in Dementia. That may mean you will have to leave the GP you trusted and loved so many years, but you need someone who understands dementia, Alzheimer’s and long journey you will be traveling.