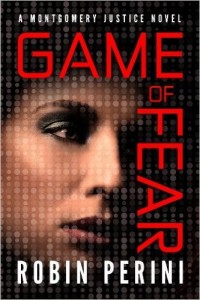 Far, far to the west, the sun was just a sliver in the sky.

“The moon is bright enough right now that I can still see a little, and we have the spotlight. Those kids have got to be here somewhere!”

Deb squinted against the setting sun; her eyes burned with fatigue. They’d been at it for hours, but she couldn’t give up. Not yet.

“All the other choppers have landed, Deb. This is too dangerous. Besides, do you really think your spotlight’s going to find a snow-covered bus on the side of the mountain with all these trees?”

A metallic glint pierced through a thick carpet of snow-packed spruce.

“There! I saw something.” Deb’s adrenaline raced as she shoved the steering bar to the right and down, using the foot pedals to maintain control.

“Holy crap, Lansing. What are you doing?” Gene shouted, holding on to his seat harness. “You trying to get us killed?”

He didn’t understand. The bird knew exactly what Deb wanted, and she didn’t leave people behind to die. Not after Afghanistan. She had enough ghosts on her conscience. She tilted the chopper forward and came around again, sidling near the road toward Taos Ski Valley where the church bus had been headed before it had vanished.