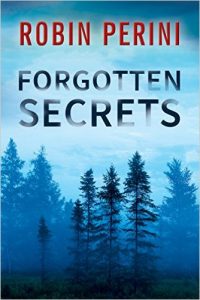 For Riley Lambert, being an FBI profiler isn’t just a job, it’s a calling. At the age of ten, she witnessed her twelve-year-old sister’s abduction from her bedroom. Fifteen years later and still searching for her sister, Riley has been called to another kidnapping, this time in the small Wyoming town of Singing River, to save a doctor snatched in the light of day. To complicate matters, her only witness, the woman’s grandmother, is afflicted with Alzheimer’s.

Battling against few leads and little time, Riley delves into a small town’s secrets with help from the missing woman’s brother, Navy SEAL and Acting Deputy Sheriff Thayne Blackwood. Can Riley decipher enough evidence to save Thayne’s sister, even as her past and his present collide in a shocking revelation no one could expect?