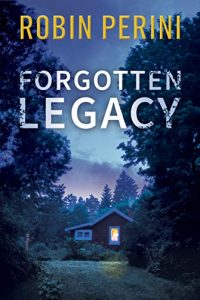 Kim Jordan cut the engine to her family’s rusted pickup. Her headlights automatically blinked off, and the inky black of nothing enveloped her, suffocating her with the maliciousness of the nightmare she’d prayed she and her daughter had left behind long ago.

Unable to move, she clutched the steering wheel until her fingers ached. She didn’t know how, but someone had discovered their secret. The alternative explanation froze her insides.

She glanced at the small diamond ring on her left hand. She dreaded walking through the front door. How could she tell Aaron they’d been found? Her husband had kept her secrets from everyone all these years. Including her daughter.

Oh, Chloe. She buried her face in her hands. So many lies, so much deceit, for so many years.

She’d had no choice. She’d vowed to protect her little girl from the danger they’d escaped. Kim refused to give in now.

A wicked gust of Wyoming wind buffeted the truck, and she braced herself for the next assault. With all her strength she shoved open the door. A blast of air whipped through her homemade coat, and she hunched down, stiffening against the unusually vicious September weather.

The sun had set halfway through the drive home from selling her produce at the farmers’ market. She’d run out of options. Again. Unable to stop the grip of foreboding squeezing her heart, she seized her coat’s natural wool with numb fingers and wrapped it close around her.

Besides her husband, only one other person knew the truth. The man she’d left behind. The man who’d vowed to break her. The man who’d been inches away from killing her.